Arctic Foxes – Let them be Free

Reading about Foxes, Raccoon, Mink and other fur farms spanning the globe as research for my current anti-hero in Cosmic Divas brought me to tears and crippled my ability to pretend humans are not the most foul breed walking the Earth.

Read the full article on the Humane Society website.

On fur farms, the arctic fox, is killed for his fur in a grossly inhumane way; at 1 year old, most have grown so large they barely fit in the bare wire cage where they live out their existence on a fur farms in Asia and other places where this inhumane practice is condoned throughout the world. The following is taken from the link above:

“Overbred to produce a big pelt, he suffers from an eye condition made worse by obesity: His lashes grow inward and scratch constantly against his cornea. Like a chicken or a pig on a factory farm, the fox is tightly confined in a long row of cages. As the days pass, barely able to move, unable to dig, instincts frustrated, he moves his head in circles. In the wild, arctic foxes hunt and forage, crossing hundreds of miles, keeping separate territories from foxes in other social groups, burying their food in caches and digging elaborate burrows with multiple entrances and exits so they never lack a way to escape. For the fox on the farm, crammed into a tiny space amongst thousands of others, there is only one way out.”

“On his final day, foxes all around him are yanked from their cages. He hears them screaming and the sound of metal striking bone. The air smells like blood. A man opens the door of his cage and grabs his neck with a collar attached to a pole, while taking hold of his tail. The fox scrambles to stay in the cage, but he is dragged out and thrown on the ground, where the worker haphazardly beats him around the sides of the head and face with a metal pipe. It is only enough to stun him, not to kill him. A pool of red forms on the ground around his skull as he feebly moves. The worker tosses him onto a pile of other foxes.”

“In the last, excruciating minutes of the fox’s life, he is hung head down while a skinner peels his pelt off his body, focused on maintaining the quality of the fur, not on reducing the fox’s suffering. Then his body is discarded to be used as animal feed or sold as cheap meat. Moments pass. From the pile of skinned animals, the fox slowly lifts his head, unmistakably still alive.”

“All of this was captured in video footage released by Humane Society International in July that showed arctic and silver foxes and raccoon dogs confined in cages, skinned without regard to whether they were conscious and trucked to a vast refuse pile.”

“A significant number likely regained consciousness within 15 minutes of being beaten around the head and were alive while they were skinned, says Professor Alastair MacMillan, a veterinary consultant who watched the footage at the request of HSI.

“The pain would be unimaginable,” MacMillan says, adding that the misery the foxes endured during their lifetimes in cages was in many ways as bad as the suffering they experienced at their deaths.”

Final NOTE: “The link between disease and fur farms has never been clearer,” says P.J. Smith, HSUS director of fashion policy. “How do you prevent future pandemics? Ending the fur trade is a good place to start.”

Read the full article on the Humane Society website. 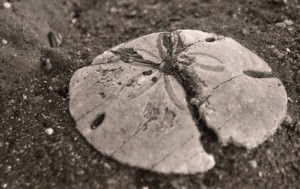